September 16, 2022: Hoyoverse has revealed the next Genshin Impact banners for update 3.1

If you’re interested in the present or upcoming Genshin Impact banner, you’ve come to the right place. You have a greater chance of receiving roughly three or four Genshin Impact characters by participating in each character event wish banner, which lasts for about three weeks. You can also roll for some incredibly potent four and five-star weapons through the Epitome Invocation weapon event wish banner.

We’ll update our Genshin Impact upcoming banner page frequently so that you know whether to save your primogems or spend up large with the current banner. There are generally two banners per Genshin Impact update, meaning you never have to wait long for your dream character or weapon to pop up.

If you’re thinking about making a wish but want to know how good each character is, we recommend checking out our Genshin Impact tier list. Then, if you need some extra primogems and mora, make sure you take a quick gander at our Genshin Impact codes list for some freebies.

The current Genshin Impact banners are Drifting Luminescenceand Adrift in the Harbor. They feature an increased drop rate for the following characters:

Adrift in the Harbor

Don’t want to waste your primogems? Try out a Genshin Impact wish simulator 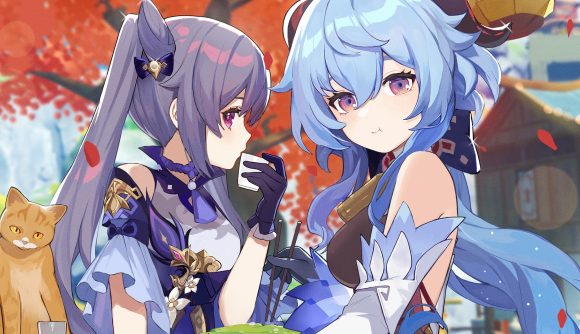 What is Genshin Impact’s next banner?

Ballad in Goblets – phase one

We think these characters are likely to arrive in Genshin Impact soon.

That’s all the information we have for you at the moment, but make sure you check back at a later date, as we will update this page with any future banner details.